The average private investigator costs between $80 and $90 per hour. That’s a steal considering how much information these professionals can dig up.

We’re answering both of these questions in this guide. Keep reading for everything you need to know about PI laws!

The one thing to keep in mind is licensing. Many states require PIs to receive a license before they can officially practice. Hiring an unlicensed PI could get you in trouble with the law.

California is one state where all PIs must hold a license. The licensing process includes 6000 hours of paid work supervised by a licensed PI. California requires PIs to complete these hours within 2 years.

Some individuals in PI licensing states may be allowed to bypass the 6000 hours requirement. Holding an advanced degree in, say, criminal justice or having a background in law enforcement decreases the hours required.

What Are Private Investigators Allowed to Do?

After getting a license, PIs still have many rules they must follow. Here are a few of the things private investigators can do legally.

Use Public and Some Private Data Sources

PIs spend the majority of their workdays online. That’s because these professionals specialize in open-source information. In other words, information that is available to anyone who’s looking.

At the same time, PIs can’t use illegal means to access private information. For example, a PI can’t legally hack into someone’s social media account and read their private messages.

The PI’s incredible due diligence skills make him ideal for research-heavy cases. In this article, Flatirons Private Investigations explains why an attorney should hire a private investigator.

One of the biggest no-no’s for PIs is impersonating law enforcement or some other public official. But that’s not to say that PIs can impersonate anyone. In most states, it’s legal to lie about your identity.

Some states don’t allow PIs to loiter. But many jurisdictions exempt private investigators from no-loitering laws. That means a PI can legally hang out on public property for all-day surveillance.

Trash hitting is also legal in most states. PIs can gather waste from a private citizen’s curb and go through the trash. Because the person has disposed of the items, it is now legal to search for evidence in the trash.

What Are Private Investors Not Allowed to Do?

In general, private investigators aren’t allowed to break the law. For example, it’s always illegal to tamper with mail. So, PIs can’t legally open and search through mail that doesn’t belong to them.

But private investigator laws are less clear on other matters. It may be illegal for a PI to run someone’s license plate numbers. But in some cases, PIs can get permission to run a license plate with a legitimate legal reason.

Otherwise, here are the top things PIs cannot do under (almost) any circumstance.

PIs aren’t typically allowed to put someone under arrest. In some states, a PI could get written consent to make an arrest. This is especially true if the PI witnessed the person committing a federal offense.

The only exception to this rule is if the PI’s state or jurisdiction allows for citizen’s arrests. Although the person placed under arrest must be endangering the public.

A PI could access some of this information with the proper legal pathways and/or consent. For example, a PI could see someone’s bank account or phone records with a subpoena. PIs may also have access to someone’s credit score with that person’s consent.

It’s illegal for a PI to enter a business without the business owner’s consent. The same thing goes for PIs trying to enter residences. The only time PIs may be exempt here is when delivering court summons and other legal documents.

PIs also can’t use lock picking or other forced methods to enter a business or home.

Wiretapping phone conversations is Federally illegal in the US. This law also applies to PIs.

In fact, it’s almost always illegal for a PI to record a conversation between two people, over the phone or otherwise. The two people must give consent for the conversation to be recorded legally.

But what if the conversation is between the PI and another person? Most states still require both parties to give consent.

However, single-party consent states are different. A PI can record his or her conversation with another party without that’s person’s permission.

So, are private investigators legal? As long as your PI holds a license (where applicable) and you don’t ask him or her to break any of these laws, it’s perfectly legal to hire one.

Love learning about niche professionals like the private investigator? Then you’re going to love the other articles we have in store. Keep scrolling for more like this! 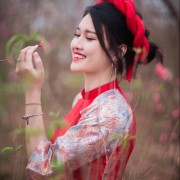 Kathleen Zara works as a freelancer and entrepreneur working from a start-up learning along the way about marketing, social and networking, creating web sites, and web content.