What is Spectrum’s Cancellation Policy & how does it work?

What is Spectrum’s Cancellation Policy & how does it work?

Spectrum internet prices are known to be economical and Spectrum makes it a point to make their services as easily accessible for their customers as possible. They also make it very simple to transfer active services to a new address, but when it comes to cancellation it’s a whole different story.

Their new cancellation policy took effect after June 2019 and all current customers were notified about it on their bills for the month of May. According to the new policy if you choose to cancel your services before the end of the month you are still bound to pay the entire month’s bill. In the past, if you canceled your services during the current billing cycle your final bill was pro-rated as per the days the service was used for. That is not the case anymore, which means that it is now more expensive to cancel Spectrum internet service.

Like I was saying, previously Spectrum’s internet customers were able to cancel their services at any time they wanted without worrying about any sort of consequences. Although, after the enforcement of the new policy that is not the case anymore. Now it is better for customers to wait till the end of the month to cancel their service since they would be paying for it anyway even if they don’t use it.

This may be a good idea for the company but the customers will be taking the bullet for it every other way. There are many unforeseen circumstances that would force you to cancel services during the month. One of the most common reasons is the need to move to a new address immediately which forces you to cancel services mid-month without any other way to go. In cases like this no matter how much you resent it you will be required to pay for the whole month at the current address.

The catch for the company is not only that you’re paying extra but also that the new residents of the house will be paying for the same period as well if they choose to sign up for Spectrum’s services.

Other providers like AT&T, Optimum and Windstream also have a similar policy for the cancellation of services, and it is possible that it might become a trend with all the providers in the market the following suit.

It is still a consolation that providers, like Cox, Frontier, and Xfinity, continue to go opt with for the pro-rated billing option for now, but & since streaming services like Hulu and Netflix are on the rise. and t They have never had a pro-rated final bill, it may become a norm in the industry and soon we may not find any provider offering a pro-rated bill facility on cancellation.

Pro-rated final bill or not, Spectrum is still one of the largest internet providers in the United States and has great prices for amazing services. With all the great deals and advantages that one receives throughout the service term, it can be safely said that one little negative policy towards the customer can be overlooked for now. Unless they convert all their policies into absurd requirements it is alright to say that Spectrum is still worth the money you spend. 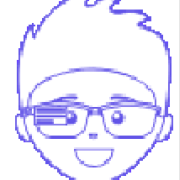